We've been around since 1865 as the local gathering for the common workers of Launceston.
The Launceston Workers is located in the heart of the City of Launceston, We host the best 8-ball and Snooker tables in Tasmania and the central place to be for Darts!
We proudly offer some of the cheapest drinks in town and all our profits go straight back into the venue to make it better!

We make sure to be proud to be so community-focused, So if you have a community event you would like to host with us, Please be sure to drop us a call or email! 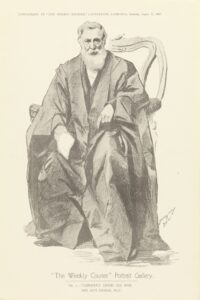 On Thursday evening (18 May 1865), a meeting of members of the Working Man’s Club was held in Trinity School-room. His Worship the Mayor presided. The Club had then 230 enrolled members, and most of them were present. The rules prepared by the provisional committee were unanimously adopted. His Worship the Mayor (Adye Douglas, Esq.) was elected President.

Sir Adye Douglas (1815-1906), lawyer and politician was born on 31 May 1815 at Thorpe-next-Norwich, England. He sailed from London in the Louisa Campbell and arrived at Launceston in January 1839. After being admitted to practice in the Supreme Court, in 1842 he founded a legal firm that continues to operate today. Elected as one of the first aldermen in the Launceston Municipal Council he served as mayor in 1865-66 and 1880-82. He was also elected to represent Launceston in the first House of Assembly in 1856 and later served as Premier of Tasmania from 1884 until 1886 where he resigned and became Agent-General in London.

He represented Tasmania at the Sydney convention from which the Federal Council of Australasia was evolved. At its first session in Hobart, Douglas predicted a ‘United States of Australasia, independent of the lieelt island in the Northern Hemisphere’. Called to order, he reminded members of the toasts of forty years ago to the ‘Australian Republic’.